The inspiring story of Drone Circle

Drone Circle is a fast-growing club based in Wildboarclough, Cheshire. They currently have 50 members and a place to host both indoor and outdoor events, where everyone is welcome to make the most out of their passion: drone flying. But it wasn’t always like that.

It all started in Macclesfield in August 2017, when the Malaysian Air Sports events and publishing company Aerolomba was looking for UK-based drone pilots. Aerlomba’s director, Adam Din, and Project Manager, Rebecca Latham (Bex), wanted to find new talents they could sponsor for FAI championships and other racing leagues. They were based in Macclesfield, so they used the FPV UK Drone Club and Event Finder to find active pilots in the area. That is how they found James Reynolds.

In September, they contacted James and explained that they wanted to create a drone club in Cheshire. James, who only started flying drones in February 2017, was very excited about their plans and was immediately on board.

Plans went ahead and they hosted their first meet in May 2018 at the Macclesfield Leisure Centre. Ten people attended. By the time they held their second meeting in June, when over twenty people came, there was no whisper of doubt: there was a community out there with nowhere to fly.

Adam and Bex then decided to change their original plans and focus on creating more flying opportunities for hobbyists pilots. “We wanted to create a club whereby everyone involved felt part of the club and could actively get involved with building the club. A club for drone pilots, run by drone pilots”, Bex explained. So they decided that Drone Circle should be a non-profit organisation run by its supporters.

Aerolomba agreed to continue funding their monthly gatherings until the end of the summer, but when the season finished, there was a time of uncertainty. They didn’t know if members would be happy to contribute towards costs once Aerlomba stopped sponsoring the club. They also needed to find a new venue to host their meets. Aron Pearson, Tim Lowndes, Daniel Williamson and 16-year-old Alex Parson had already joined James at the club by this stage. Together as founding members, they needed to figure out how to run the club by themselves. 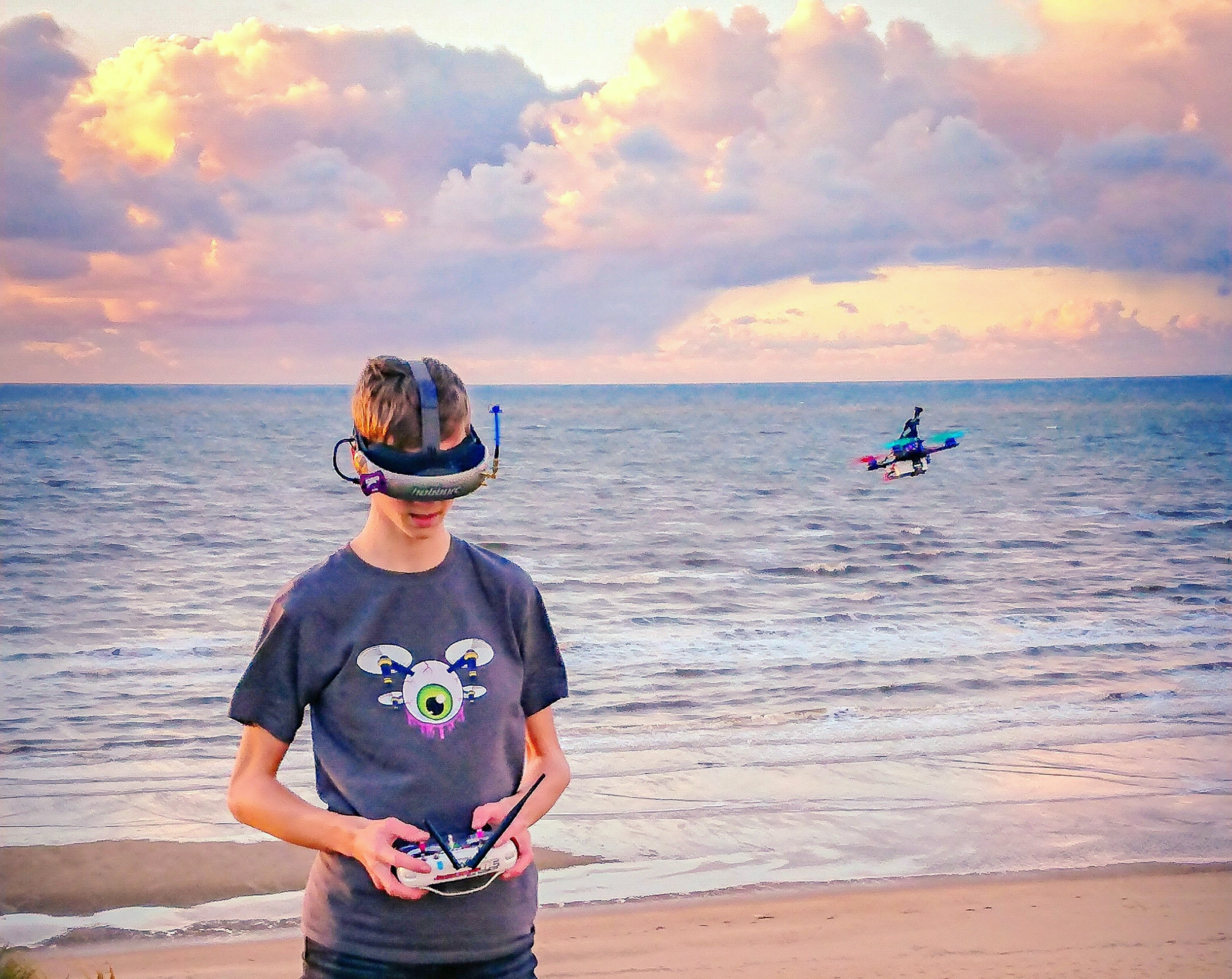 16-year-old Alex Barton, the youngest member of the club.

They soon found out that the community was willing to help Drone Circle. Thanks to Aron’s involvement with the club, the Poynton Royal British Legion Club allowed them to use their function room for the winter meets: Whoopin the legion. They also started asking members for donations and they were all very generous. They hosted fundraising events as well, and again got a great response.

Apart from financial support, they needed to find a place to fly. Bex, who was always the biggest Drone Circle fan, found a solution. When she stopped working for Aerlomba, she became the landlady at The Crag Inn in Wildboarclough. “As soon as I took over the pub, I realised I needed to get Drone Circle up here. The surrounding countryside is beautiful and would be amazing for flying Drones”, Bex explained.

Drone view of The Crag Inn in Wildboarclough, Cheshire.

In October 2018, The Craig Inn hosted the first Drone Circle event at the Rednal Go Karting in Oswestry. “The response from the event was huge, we had people travelling for all over the UK to attend and the feedback was brilliant.”, Bex said. Everyone at Drone Circle is looking forward to the summer and the adventures to come. You can follow their steps on their Facebook page or on their website.

FPV UK is proud to have played a small part in the formation of this club and wishes them the best of luck in the future. We hope this story inspires other clubs to grow and safely enjoy drone flying. 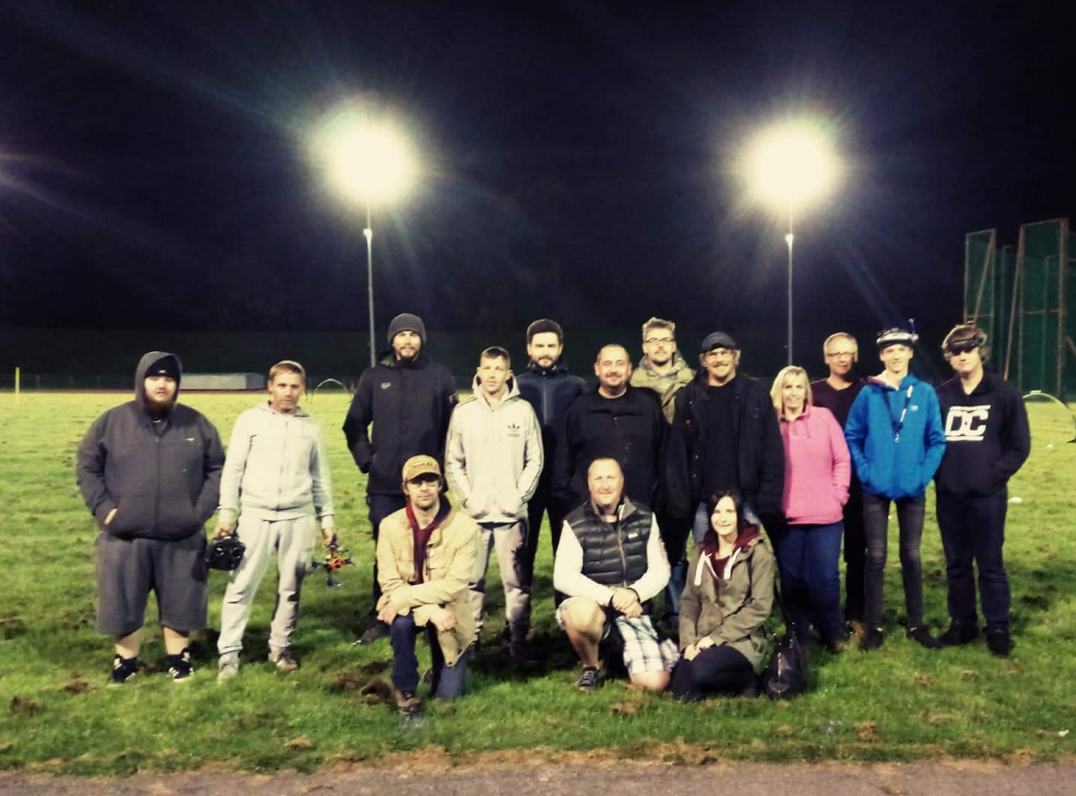 Drone Circle at one of their very first meetings.