FPV UK’s aim is to support our members, to promote best practice and to shine a light on misrepresentation of the drone community.

FPV UK condemns illegal activity, however it is important to resist the urge to jump to conclusions (or even worse, knee-jerk reactions) when incidents are alleged to occur.

Recent events at Gatwick Airport remain unproven (and in our opinion are likely to remain so) and even if the alleged airspace infringement did occur it would already be an offence under the air navigation order.  Calls for new legislation are completely unjustified. (News of Coventry Council intending to ban drones in its parks even more so).

On Christmas Eve 2018 a “drone pilot” was arrested near Heathrow Airport.  This was in fact a Tundra one metre wingspan foam radio controlled aeroplane.  This foam aeroplane presented no risk to operations at Heathrow and, had it not been for the mass hysteria caused by the blanket media coverage of nothing happening at Gatwick a few days before, would have been safely completed without anyone batting an eyelid.  That being said: flying any RC aircraft this close to a major airport is illegal and clearly inadvisable!  There are plenty of safe locations to fly and it is our responsibility as operators to keep well away from manned aviation.

In a separate incident on 8th January a drone was reported near Heathrow.  Martin Roberts, a BBC cameraman, was reported to have said at the time of the Heathrow event: “I could see, I’d say around 300 feet up, very bright, stationary flashing red and green lights, over the Harmondsworth area.  I could tell it was a drone – these things have got quite distinctive lights – not a helicopter.  The lights were very close together. It was a very clear night and the object was stationary, it was turning very, very slightly. I could see it very clearly, I’d say for about four to five minutes.“.  ADS-B information from the time shows that the Police helicopter was flying in the area that Martin described and at the height Martin described.  Clearly Martin was, in fact, watching the Police helicopter. 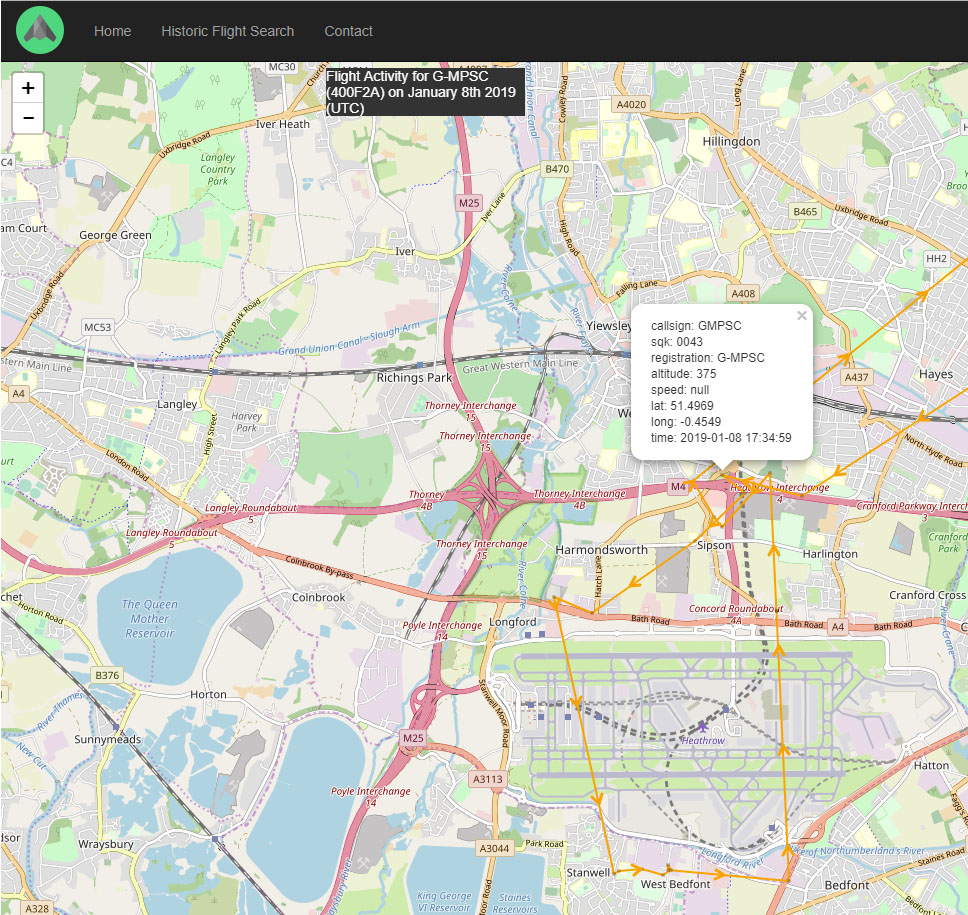 DJI’s statement expresses sentiments that we agree with.

“Understandably twenty four hour news coverage of nothing happening at Gatwick has put everyone on high alert. However, no actual evidence of any wrong-doing has come to light. And, as we can see from the incorrect reports from Heathrow, eye witness testimony is seriously flawed.  The vast majority of drone pilots fly safely and responsibly and flying too close to airports is already illegal” said Simon Dale, FPV UK’s Chief Executive.